Organs
of the Association

The Board is responsible for leading the Association OeAWI; it has six members with voting rights.

The Chair of the Board is traditionally the President of the Austrian Science Fund (FWF). Other members are repre­sentatives of Universities Austria (uniko), the Academy of Sciences (OeAW), the Austrian Institute

of Technology (AIT), the University of Vienna, and the Medical University Innsbruck.

The Board’s term of office lasts two years. Board members may be re-elected multiple times.

Chair ÖAWI and President of the FWF

Management Positions in Science and Academia

Chair of the OeAWI and president of the FWF 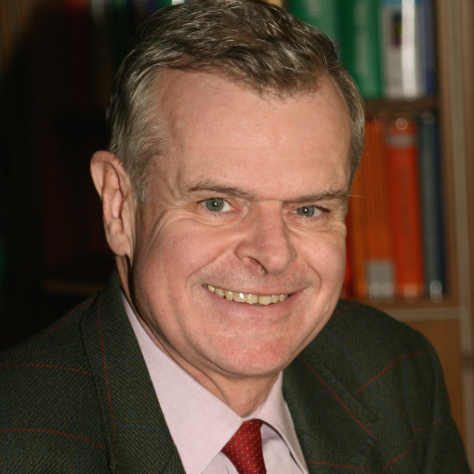 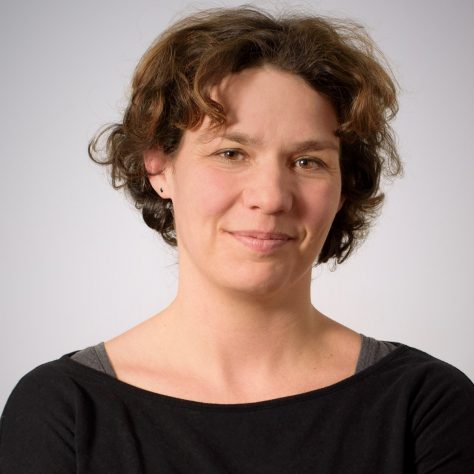 Institute of Science and Technology Austria

Verena Seiboth is Research Ethics Officer and Research Integrity Officer at the Institute of Science and Technology (IST Austria) in Klosterneuburg. She is conducting workshops on these topics, consulting scientists at the institute, and she is responsible for evaluation and monitoring processes on research ethics. In addition, she is a member of the Ethics Committee at IST Austria. Her other functions at IST Austria include coordination of recruiting and evaluation processes of faculty in the fields of physics and chemistry.

Until 2015, she was a group leader and senior scientist at the TU Wien (Vienna University of Technology), where she also obtained a habilitation in the field of Biochemistry. She was Editorial Board member of international journals such as Applied and Environmental Microbiology, and Fungal Genetics and Biology, and her international research experience included stays at the University of Edinburgh, UK, and the Université Aix-Marseilles in France.

Institute of Science and Technology Austria

Jean-Robert Tyran is Vice-Rector for Research and International Affairs at the University of Vienna. He is professor of public economics at the University of Vienna, director of the Vienna Center for Experimental Economics and a member of various editorial boards (Experimental Economics, European Journal of Political Economy, Journal of the Economic Science Association, Journal of Experimental Political Science), and professional Boards (Society for the Advancement of Behavioral Economics, German Economic Association). Before his appointment as Vice-Rector he was active as Dean of the Faculty of Business, Economics and Statistics.

The Managing Director is responsible for the management of the Administrative Office.

representation shall be. All tasks are closely coordinated with the Board.

Chair ÖAWI and President of the FWF

Management Positions in Science and Academia

Essential duties of the General Assembly include the appointment and dismissal of board members, the managing director and auditors, and receipt and

approval of the Association’s report and statement of accounts in cooperation with the auditors. Furthermore, the General Assembly has the right to determine the admission or exclusion of members and can set the membership fees.

The specific amount of the membership fee and the number of allocated votes correlate to the size of the institution concerned.

The OeAWI provides a neutral and factual platform for investigating cases of (alleged) research misconduct thoroughly and objectively. The Commission for Research Integrity is responsible for professionally investigating such cases in Austria, evaluating the severity of each violation and recommending follow-up measures.

It constitutes an independent body and consists of renowned researchers in different fields of expertise, mainly from abroad.

The Commission has neither an arbitrary nor an adjudicative function. The members of the Commission are appointed by the General Assembly for a term of two years.

Commission members may be re-appointed twice.

Members of the Commission

Chair of the Commission

Philipp Theisohn studied German literature and philosophy in Tübingen and Zurich. After obtaining his Ph.D. in 2004, he worked as a lecturer at the German department in Tübingen, before moving to ETH Zurich in 2008. In 2013 he obtained SNSF-professorship at the German department at the University of Zurich, since 2019 he has been professor for Modern German Literature at the University of Zurich.

Katrin Auspurg is full professor of sociology with a focus on quantitative methods of empirical social research at the Ludwig-Maximilians-Universität in Munich, Germany, and fellow at the German Institute for Economic Research (DIW). She holds a diploma in social work from the University of Applied Sciences in Munich and a diploma in sociology from the LMU Munich. She received her doctorate in 2010 from the University of Konstanz, in 2014 she was appointed to a professorship at Goethe University in Frankfurt. In 2015, she was appointed to the LMU Munich.

Her research interests include methods of empirical social research (surveys and experiments), labor market and family sociology. In particular, her research focuses on questions of the perception of social inequality and attitudes towards redistribution. She is also interested in careers in science and the extent and conditions of replicability of social science research. Another research focus is on incentive structures and social dilemmas, for example in the field of environmental behavior and in academia. In the area of multifactorial survey experiments, she has published an English-language textbook and several articles on methodological and substantive issues. She has been a commission member at ÖAWI since 2022.

Department of Innovation and Digitalisation in Law

Nikolaus Forgó is professor of IT and IP Law at the University of Vienna and heads the Department of Innovation and Digitalisation in Law.

After his law studies in Vienna and Paris, he was university assistant at the Faculty of Law of the University of Vienna and its IT representative from 1990 to 2000. This is where he also founded the Postgraduate Program for Information- and Media Law in 1998 and is head of the program ever since.

During his time as professor for IT-Law and Legal Informatics at Leibniz University Hannover from 2000 to 2017, he also headed the university´s Institute for Legal Informatics since 2007. From 2013 to 2017, he was director of the Research Center L3s and data protection officer of Leibniz University Hannover, where he also was in the position of chief information officer from 2015 to 2017.

Nikolaus Forgó conducts extensive dogmatic and third-party funded research for European, German and Austrian clients regarding questions of IT law, in particular data protection and data security law. His activities also include evaluation and consulting i.a. for the European Commission, the German Research Foundation, the German Ethics Council as well as various German and Austrian ministries.

The focus of Heberle´s research is on biophysics, particularly on the development and application of vibrational spectroscopic methods to investigate the function of membrane proteins. Heberle is the spokesperson of the Collaborative Research Center 1078 “Protonation Dynamics in Protein Function”, board member of the Cluster of Excellence “UniSysCat” and associate editor of “Chemical Reviews”. From 2014–2021 Heberle was resp. is member of the Council “Ombudsman for Science” in Germany and therefore well acquainted with the subject of scientific integrity. 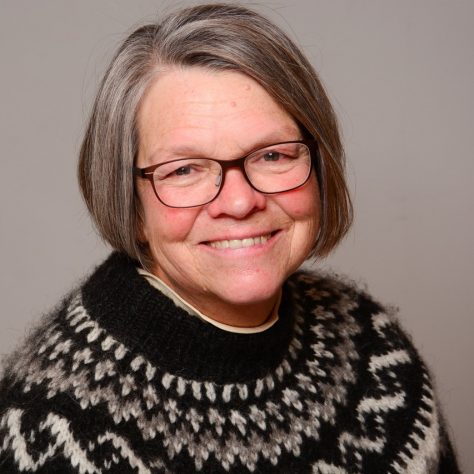 Frits Rosendaal is professor and chair of the Department of Clinical Epidemiology at the Leiden University Medical Center in The Netherlands. He studied medicine in Rotterdam (1985), and obtained his PhD at Leiden University on a thesis on haemophilia (1989, Hemophilia, the best of times, the worst of times).

He has a long standing track record in research in thrombosis and haemostasis, with over 1000 publications in leading biomedical journals. He designed several large epidemiological studies, such as LETS and MEGA,  that were instrumental in the identification of a series of risk factors for thrombosis, which ranged from genetic factors, such as factor V Leiden, to environmental ones, particularly related to drug safety, such as specific brands of oral contraceptives. In the field of anticoagulant treatment he developed the method used to estimate the time in therapeutic range (TTR, “Rosendaal method”). In the field of haemophilia, he oversees the Haemophilia in the Netherlands (HiN) national projects, and is involved in studies of inhibitor development, again in the context of drug safety.  More recently he has focused on the relation of excess and ectopic fat with cardiometabolic disease, for which he initiated the NEO-study, including 6700 individuals.

He is recipient of the Spinoza award, which is the highest scientific prize in The Netherlands, is elected fellow of the Royal Academy of Arts and Sciences in the Netherlands, and of the German Academy Leopoldina. He received an honorary doctorate from the University of Paris Descartes.   He is member of the Council of the Committee on Publication Ethics (COPE), member of the LERU Policy Group on Research Integrity, and co-chairman of the Leiden University Committee on Scientific Integrity. For many years (2002-2018) he was member of the Council of the International Society of Thrombosis and Haemostasis (ISTH), which he also chaired. In 2016, he founded the European Congress on Thrombosis and Haemostasis. 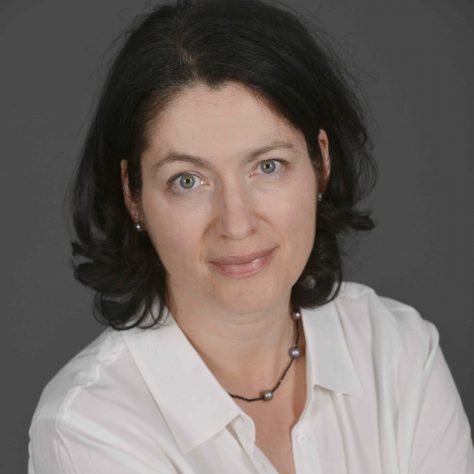 WIB – Wuppertal Research Institute for the Economics of Education

Kerstin Schneider holds a PhD in economics and worked as an assistant professor (Wissenschaftliche Assistentin) at the TU Dortmund, where she also completed her Habilitation. Since 2004 she is a chaired professor for public economics and business taxation at the Bergische Universität Wuppertal and research fellow of CESifo. Since 2014 she also heads the WIB (Wuppertal Research Institute for the Economics of Education), a research institute at the Universität Wuppertal which is active in interdisciplinary research and policy consulting. Her research focuses on education economics and taxation. She serves on the scientific advisory boards of the Leibniz Research Institutes DIW (Berlin), RWI (Essen) and LIfBi (Bamberg). From 2013-2018 she was a member of the Ethics Committee of the Verein für Socialpolitik. She joined the OeAWI in 2018.